Strong leaders positively impact their community; sparking innovation and inspiring others along the way. The inaugural Rural Ontario Leaders Awards (ROLA) celebrated the 2017 winners in February 2018. Among the winners were Dr. Gezahgn Wordofa and Grant Sparling, who won in their respective categories. They were nominated by their community peers for the leadership they demonstrate which helps to strengthen rural Ontario. 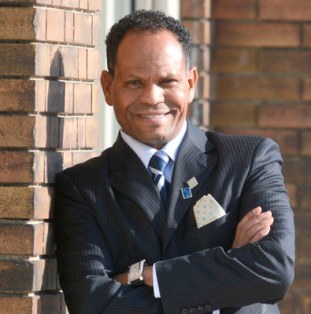 Dr. Gezahgn Wordofa from Stratford, Ontario is the winner of the Individual category. He is recognized and well known in his community for assisting immigrants, and making them feel welcome in an effort to ease their transition into life in Canada. An immigrant himself, Dr. Wordofa spent 10 years as a Goodwill World Peace Ambassador before moving to Canada. He is a household name for anyone doing humanitarian work in the area, and was recognized with a spot in the 25 Canadian Immigrant Awards by the Royal Bank of Canada in 2015. He has also previously received the Governor General’s Caring Award of Canada.

Dr. Wordofa is dedicated, professional, and compassionate. He spends most of his time volunteering and helping others. He founded the Multicultural Association of Perth Huron in 2011. Through this association he has been able to foster community awareness, and has guided more than 1,000 families and individuals through the process to gain Canadian citizenship status.

Grant Sparling is the Individual Youth winner. This category recognizes individuals under the age of 25 years old. Mr. Sparling is being recognized for the achievements of his craft brewery, Cowbell Brewing Company, and the economic impact it has had on the Village of Blyth since beginning operations in August of 2017.

Mr. Sparling is the third generation in the Sparling family to have a business operating in Blyth, Ontario. He prioritizes and focuses on the theme of ‘local first’, and locally sources ingredients, food, and business partners whenever possible. He designed this destination brewery to mirror the success of similar establishments in the United States, with the goal to attract visitors to the Village of Blyth. He continues with prioritizing local community and economic development by also highlighting local breweries on guest beer taps.