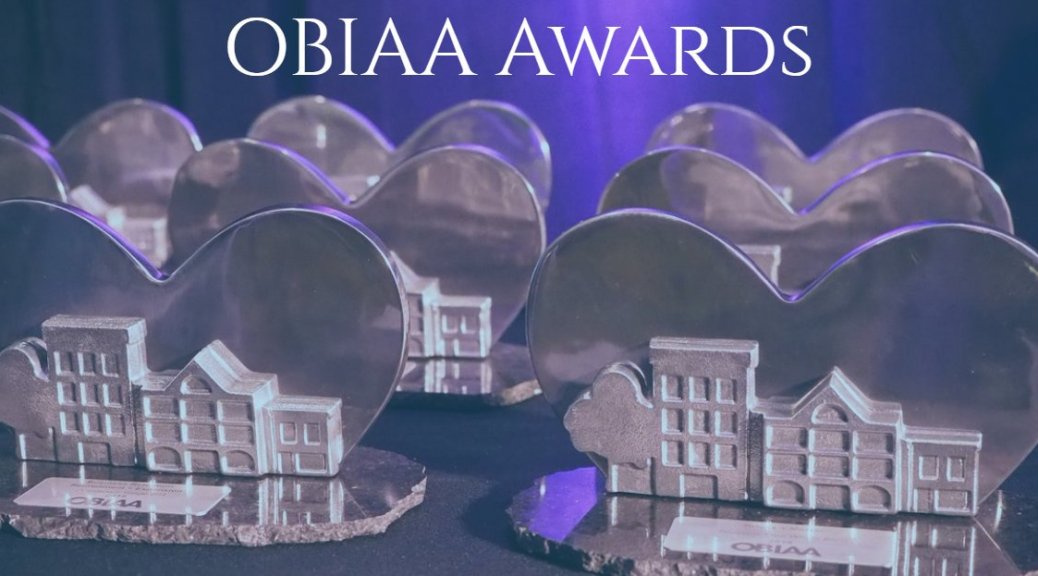 The Ontario Business Improvement Area Association (OBIAA) is focused on building the capacity of its member Business Improvement Areas (BIAs) through advocacy, networking, and education. OBIAA represents, supports, and encourages business improvement areas to increase their effectiveness and contributions to the economic, cultural, and social well-being of communities across Ontario.

OBIAA’s annual conference draws delegates from across the province. The conference is one of the major learning events for Ontario’s BIA leaders and members, and allows for the sharing of knowledge and leading practices that focus on fostering community development in urban and rural town centres and commercial districts. The annual Awards showcase BIAs who demonstrate a commitment to improving their communities through innovative projects and initiatives, making these awards a highlight of the conference.

This year’s award program will highlight innovation in the following categories:

To help with your awards submission (due February 1, 2019), below are highlights from the 2018 winners.

Downtown Barrie: In 2011, the Downtown Barrie BIA entered into a public-private partnership with the City of Barrie and local community stakeholders to design and plan an improved event venue that would be able to host up to 1 million visits per year, generate $40 million of local economic impact, and highlight the heritage and historical aspects of Barrie’s waterfront. They chose to transform Memorial Square because of the historical significance of this public area and its proximity to the waterfront.

As part of this initiative,  a website was created to promote and communicate the progress of the project to community members and stakeholders. Once the development was complete, the website transitioned into an easy showcase for the venue’s versatility and functionality. 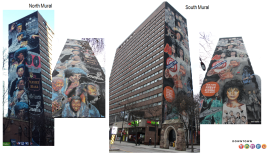 A winner of the streetscaping and public realm improvements category, the Downtown Yonge BIA chose to commission and fund murals of prominent Canadian musicians from the 1950’s-60’s. These beautiful murals celebrate the Jazz and Blues roots of Toronto’s music industry. Painted on the north and south facing walls of the Community housing building in the Downtown Yonge Area, the murals attract foot traffic to the nearby park and local businesses breathing new life into Downtown Yonge by paying tribute to Toronto’s historic music scene. 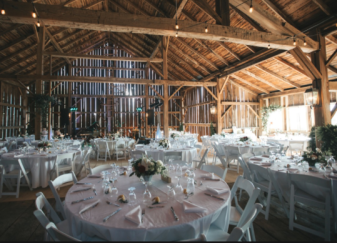 Currently in the process of revitalizing its downtown area, local Brussels community members created a dual purpose space that will generate revenue and bring more business into the area. The Brussels Farmers’ Market (a seasonal market) now shares space with the Four Winds Wedding & Event barn, which has also served as a significant private investment catalyst for positive change throughout the Downtown Brussels area. It has encouraged the adoption of a Community Improvement Plan by the Municipality of Huron East, which focuses on Building Façade Improvements in Downtown Brussels and offers a financial incentive of $5,000 per application.

The initiative was met with positive public support, and over 60 weddings are booked with inquiries now available for 2021. 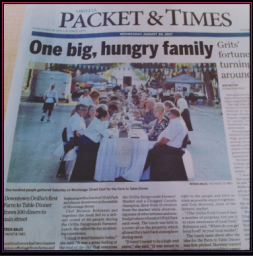 In honour of Canada’s 150 Anniversary, Downtown Orillia hosted a community Farm to Table dinner in the downtown core. The event featured a delicious five course meal and gifts, sourced from local restaurants and merchants. The initiative grew from a strong desire to celebrate their community and successfully, attract both locals and tourists to downtown Orillia, while engaging numerous downtown and city-wide partners.

The event helped build new relationships and strengthen existing relationships between local producers and farmers with downtown restaurants, as well as increase the public’s support for local and organic food within the region.

As part of its 2015 community consultation, Yonge Love, the Downtown Yonge BIA identified a strong desire to address Indigenous homelessness through community-building to create s sense of safety and inclusivity with streets and spaces in the Downtown Yonge area.

Twice a month the Walkabout program bridges the gap between members of the Toronto Police Service (51 Division) with local Aboriginal Elders and Downtown Yonge BIA members to walk the streets of the Downtown Yonge area and engage in friendly conversations while working to keep people safe.

The initiative has been so successful in the Downtown Yonge area that the program has been expanded across Toronto to include 55, 14, and 52 Divisions. The Walkabout program has also won the 2017 Mayor’s Community Safety Award and the Toronto Police Service Board Teamwork Commendation.

Thinking of nominating your project, or a skilled and dedicated individual? You have until February 1, 2019 to submit your application, which can be found on the OBIAA Conference website. To find out more information about the 2019 BIA Conference, and to register to attend, click here.