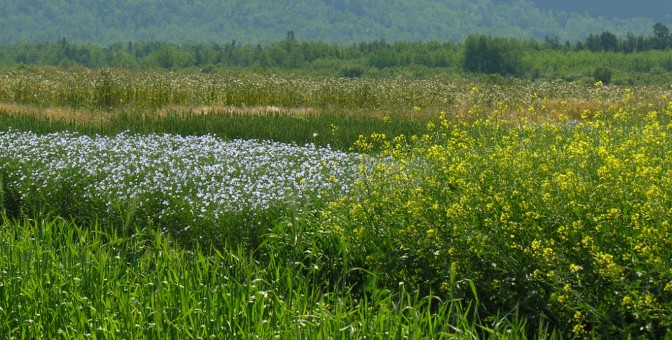 In an age of patented crop varieties and technology use agreements, how does one put a value on the economic impact of a small, independent research station?

With its small plot work, TBARS seeks to improve the economics of local agriculture through crop diversification and improved soil and crop management adapted to the local environment. Building on relationships with researchers and suppliers in western Canada, eastern Canada and internationally, TBARS takes the risks to demonstrate what the possibilities could be for producers in the region. The detailed Annual Reports that are produced are sought after in many other jurisdictions.

Long before soybeans became a major western crop, TBARS had shown local producers and the rest of Ontario that there were varieties that could thrive in the long daylight environment of northern latitudes. The dominant dairy industry was quick to capitalize on a homegrown protein source. More recently, chick peas, lentils and edible beans have been shown to produce economic yields at the station.

Winter crops have been put to the test. The hardiest varieties of winter wheat, particularly hard reds, will survive Northwestern Ontario winters. Winter barley, winter peas and winter lentils are less successful. The success of winter wheat renewed interest in spring wheat and durum ultimately leading to a value adding on farm flour mill that supports the farm family which grows wheat, barley and rye for milling. That operation recently added canola to its rotation and an oil seed press to enable the sale of extra virgin canola oil.

Alfalfa has long been the king of protein forages. TBARS has tested sanfoin, galega and berseem as potential alternatives for the local climate and soil. The plot results have encouraged some local dairy producers to establish small acreages to evaluate these cultivars at field scale.

When TBARS came under local management, documenting straw yield in cereal trials was made a standard practice at the station. This gave growers information to manage straw supply for their operations and for potential biomass markets. More recently, other research stations have adopted a similar policy. Malting varieties of barley have been included in the trials over the years. This came to the attention of the local malting facility which developed a forward contract for growers and modified unloading facilities to attract local and Northwestern produced grain.

The TBARS impacts may often be subtle, but they contribute to the overall economic health of the district and improved management practices on the farms.